The boatman was singing a song. I was having an early morning trip on his boat. He was rowing the boat and singing this song. To be honest, I was quite surprised seeing him singing.

Last night, I arrived in Varanasi at 2:00 am. My hotel was nearby the famous Manikarnika Ghat. After checking in my room, I had a shower, and a small nap thereafter. I set an alarm on my phone at 4:00 am, as I was excited to see the sunrise here. I had heard a lot about the sunrise of Varanasi, which is called by the people here, “Subah-E-Banaras”. I was eagerly waiting for the first Varanasi daybreak to be arrived very soon.

As my alarm played its first ring, I woke up from my sleep, and got ready myself very quickly. After locking my room, I just rushed towards the ghat. Walking downstairs, I was seeing the rising Sun, and the bluish Sky adorned with a golden beauty. The Sun was gradually rising beyond the horizon, the river was flowing gently. It was a serene morning, and the century old city was waking from the sleep, too. I sat on the ghat to witness my first Varanasi sunrise.

While watching the morning scene, this boatman came to me and asked me for a boat ride. I agreed. I was enjoying the boat ride, meanwhile, this song came into my ears. Turning to him, I found its my boatman who was singing this amazing song, with a toned voice. It seemed he had gone through years of skilled training.

“Do you know singing?? You sing so well,are you trained?”

The boatman smiled. Seeing the river, he replied,

(This song is Varanasi’s very own song.Everybody here knows this song..When you sit here on the ghats, Varanasi will whisper this song into your ears..)

Well, I was charmed by his voice, and the way he was speaking to me. He was telling me the history of the city. It was enthralling though. I asked him to be my guide to this city. He laughed loudly, and replied,

I smiled at him. He was such a lovely person. I told him,

“Okay, you tell me whatever you know. I will be glad to hear from you the stories of this city.”

He smiled me back, and sighed. After few moments, he replied,

The morning breeze blew my hair, and I got shivered. I looked at his face, he started singing again. I turned towards the ghat. Our boat ride continued.. 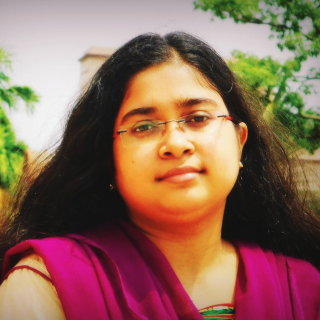